But I was not willing to give up and I contacted my State Representative, Tricia Cotham.  Thanks to her intervention the insurance company agreed to have their medical director review the case, and finally, after another three months they guaranteed coverage of Dylan’s treatment for only one year.   I asked how they could make such a decision for a life-long disease with no known cure I was given no answer.   I also asked if they were going to extend this one year of treatment coverage to their other policy holders with the same disease needing the same treatment, and was told no.
Because of my interaction with Bob and the National Lymphedema Network I understood that this was not an isolated incident.  Lymphedema sufferers all over the country were being routinely denied coverage for care, and this only strengthened my resolve.
At this point I knew, that if I did not correct the underlying problems I, and later Dylan, would be forever struggling to get the medical treatment that he needs and deserves.  So I made it my motto that while I could not cure Dylan I would do everything in my power to make this disease easier for him to live with – I would fight this battle now so that he would never have to.
I knew from the start that nationwide coverage was my end goal, but heeding the wise advice of Bob Weiss I took on getting a state mandate first.  In hind sight it was a great blessing that Representative Cotham witnessed first-hand that this problem could not be solved on a case by case basis.  I am certain that she is now even more sympathetic to the plight of lymphedema sufferers being denied coverage having experienced the frustration right along with me.  Representative Cotham advised me she felt we had a decent chance of obtaining a North Carolina state mandate, but to anticipate the process could take up to six years.  The fact that we passed ours so quickly is truly a testament to how hard she and I worked.
We agreed at the outset that we should introduce a bill that had the greatest chance of success while helping the majority of lymphedema sufferers in the way they needed it most.  We were mindful that we likely could not solve every problem in one sweep, and Representative Cotham assured me it would be better to get what we could on the books now and revisit the issue several years later by introducing more legislation if we felt there were serious deficiencies in the mandate which could be improved.  And the result - in only four months time we introduced and passed a lymphedema treatment mandate which went in to effect January 1, 2010!
That made North Carolina the second state in the nation to require private insurance policies to cover lymphedema treatment, with the first being Virginia who has had a similar mandate in effect since 2004.  But the problems surrounding lymphedema treatment coverage cannot be fixed through state mandates alone, which are only applicable to private insurance policies and state plans and do not afford coverage to Medicare recipients.  Nor should we have to spend decades working state by state when this is a nationwide problem that needs and deserves a nationwide fix. 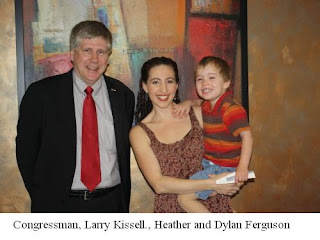 So after obtaining our North Carolina state mandate I forged ahead and began contacting my Congressman’s office.  It took several months of persistent phone calls and emails before they granted me an in-person meeting with Congressman Kissell himself, but within weeks of meeting with me I got a phone call that he had decided to sponsor what is now The Lymphedema Treatment Act.  That bill was introduced in late February of 2010 and I have been working tirelessly since that time to build support and momentum for this legislation.
But we need your help to succeed. To learn more about the bill and how you can support its passage visit www.LymphedemaTreatmentAct.org. Please feel free to contact me at any time if you have questions or would like more information.  Together we can ensure that my child, and the millions of Americans who suffer from lymphedema are no longer denied the treatment coverage they need and deserve!
Heather Ferguson
hmff@earthlink.net
info@LymphedemaTreatmentAct.org
www.LymphedemaTreatmentAct.org 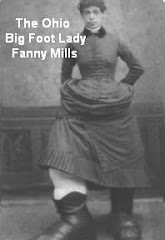